Flash Drive labeled The Annoyed Hipster is a male contestant in the two reboots of Object Terror.

In episodes 1-2 he appears to be a Red Flash Drive with just a Legoboynj text diagonally.In episodes 3-4 he now appears with an iD logo and a Legoboynj text beneath it .In Episode 5 his design has became more simpler thus removing the iD Logo and the Legoboynj text and those two holes in his connector(I cannot find any images on that cause Lego haven't release any Episode 5 idle images)

Flash Drive is one of those hipster characters. He is somewhat smart and can be a know it all sometimes. He doesn't get a long well with weird characters, he is easily annoyed with them. 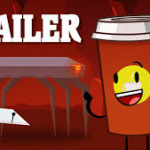